Seven and a half years ago, I was bottle feeding week old Brown Swiss baby bulls. 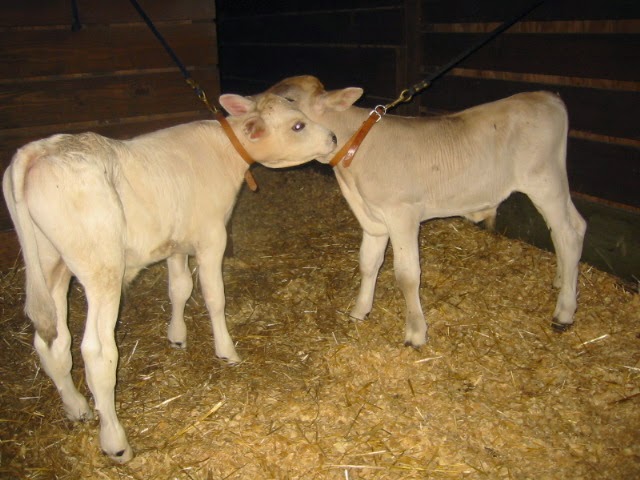 Even at four months of age, we were still bottle feeding. 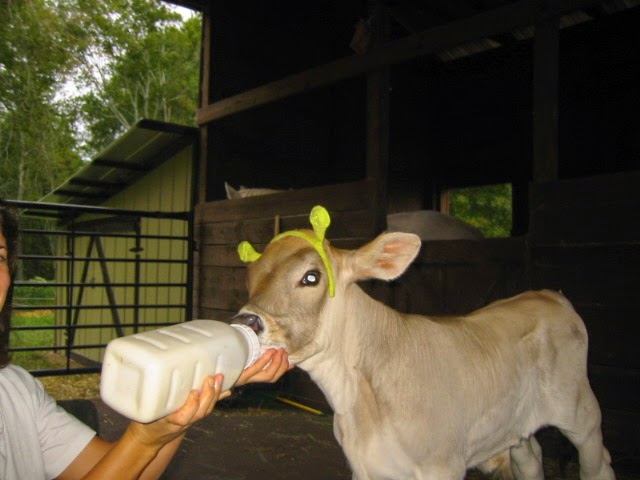 Check out Mack's Shrek ears.
A dream come true to have my own team. 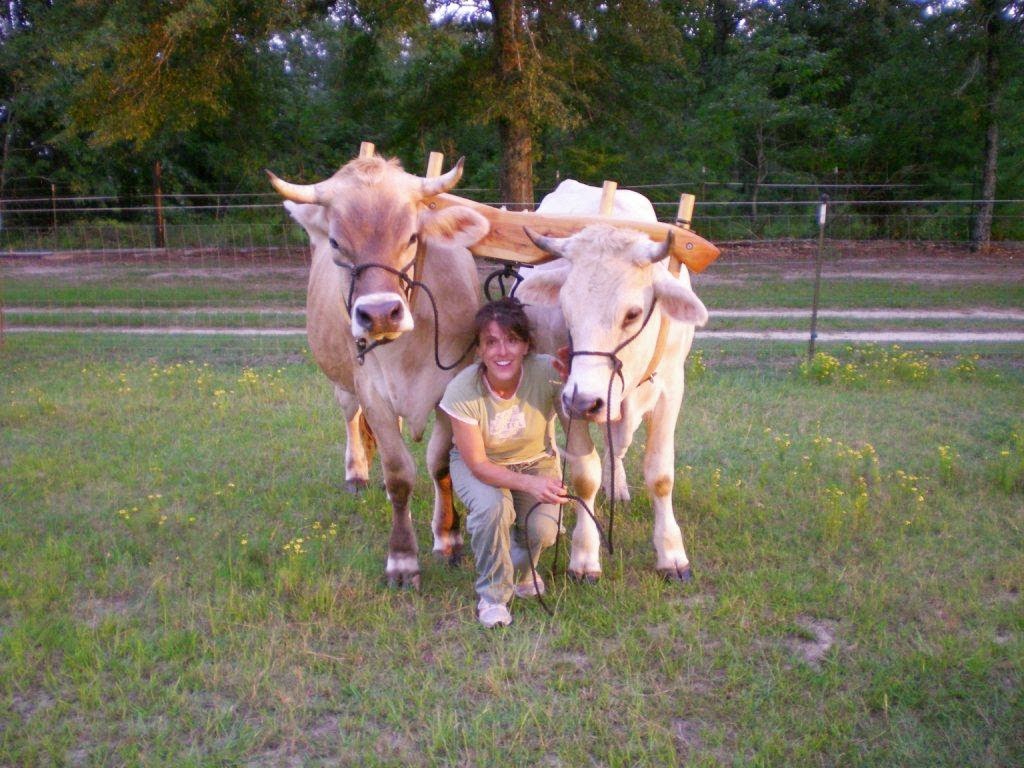 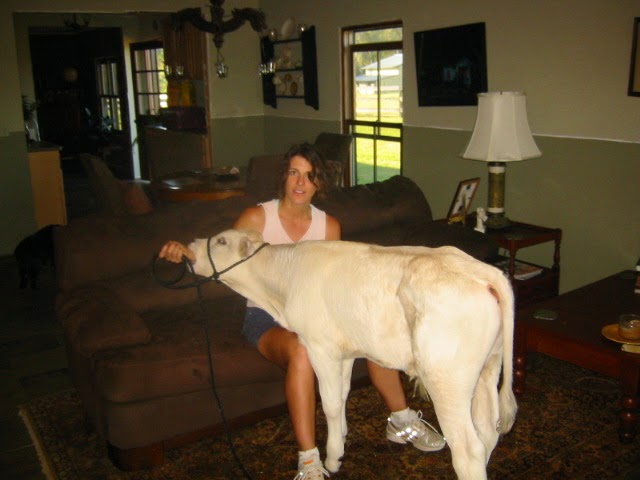 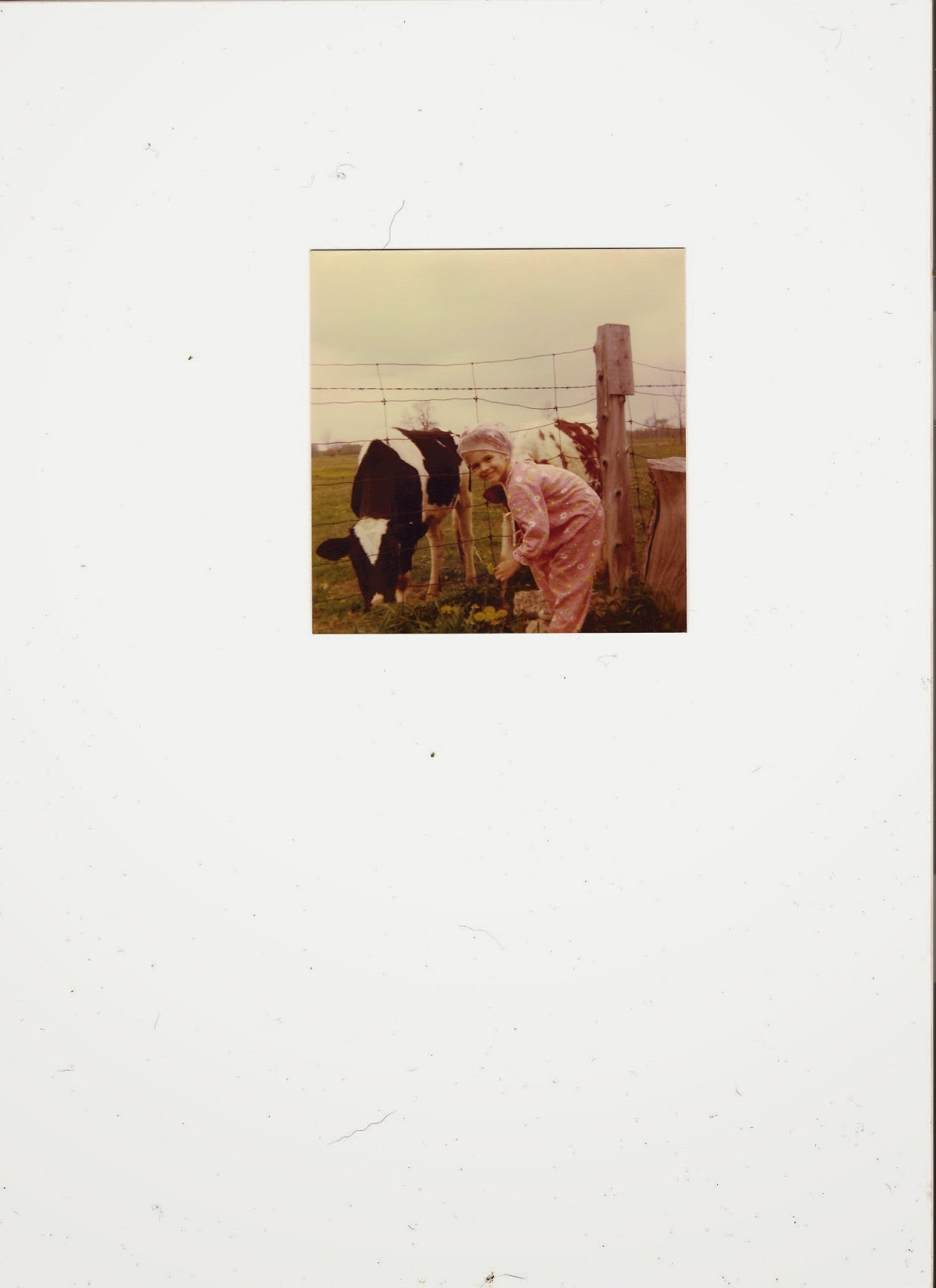 I love my horses, but I adore my boys. 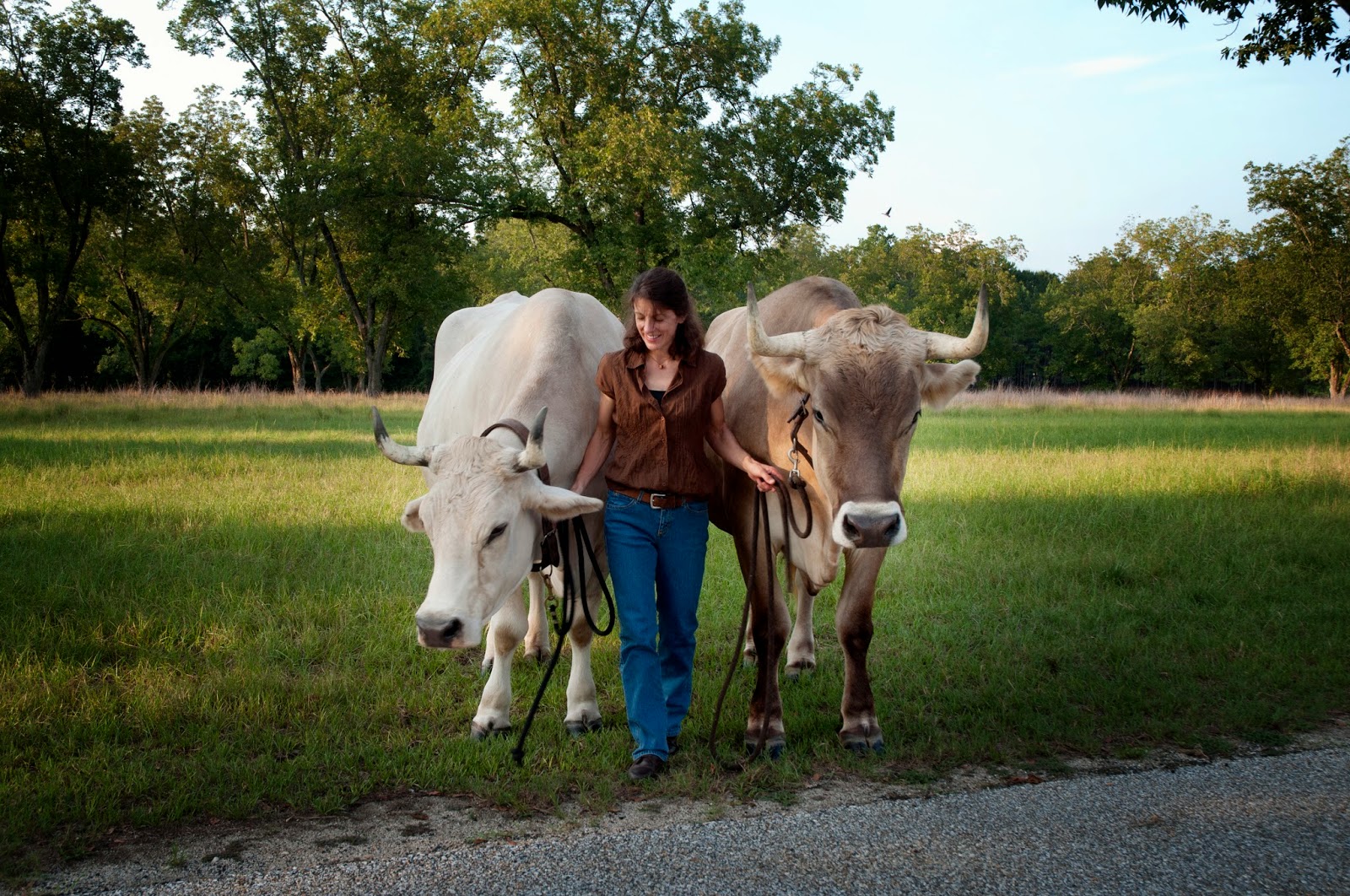 So, last week, when Mack acted funny at feeding, I rushed them both to the vet school.  It appeared to be a mild colic, but I had a horrible premonition that it was worse.  It was.  Mack spent a week roller coasting. but took a downward turn Monday night.

Tuesday, 7 AM, I get the poor prognosis and make the decision to euthanize. 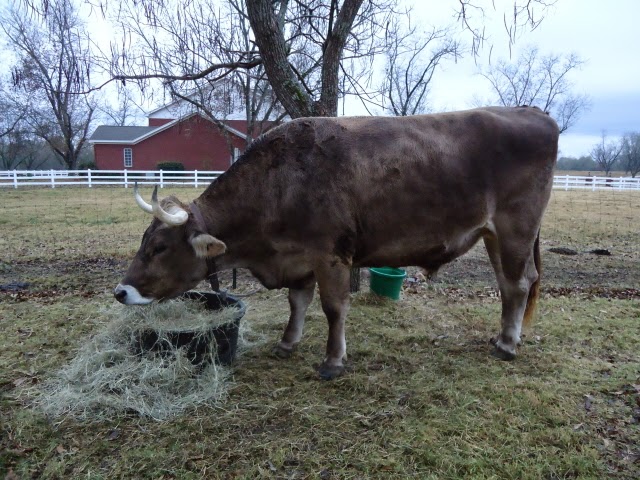 One half of my Dream Team vaporized.  I may be sad, but Tommy is utterly lost without his lifelong teammate.  Historically, when one ox died, the other was slaughtered because they rarely got over the loss of the other.
LIKE THAT'S AN OPTION.
When I had a dairy cow, Tommy was her #1 fan. 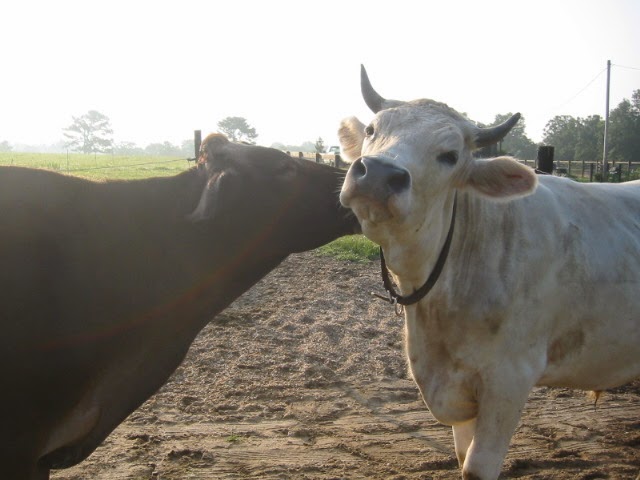 That spawned an idea:  get another dairy cow.
Not an easy task in beef country where there are only 2 dairy farms in a 100 mile radius!
Serendipity:  at the same time that Mack was permanently leaving, a truckload of Holsteins, culled from the Auburn University Dairy Herd, was bound for the livestock auction. The herd's veterinarian instructed me to catch that shipment and procure the gentlest cow, #116 to act as Tommy's new companion.
It's hard to exactly fly in an old diesel truck pulling a horse trailer.  But for +100 miles of country roads, I gave it my best shot.
I'd called the stockyards ahead of time and hired a bidder to secure #116 for me.  I slid in on two wheels only 15 minutes before she came up for auction.  Even though I was sitting beside him, I had no idea he'd even bid on her, nor for how much.  You try to understand an auctioneer with a southern drawl.
We won't tell you how much either.  Suffice it to say that if good old 3000 lb Mack had gone through auction, even as an old steer, he would have gleaned me over. $4000.  That's how record high beef prices are.
What an experience to go to auction. 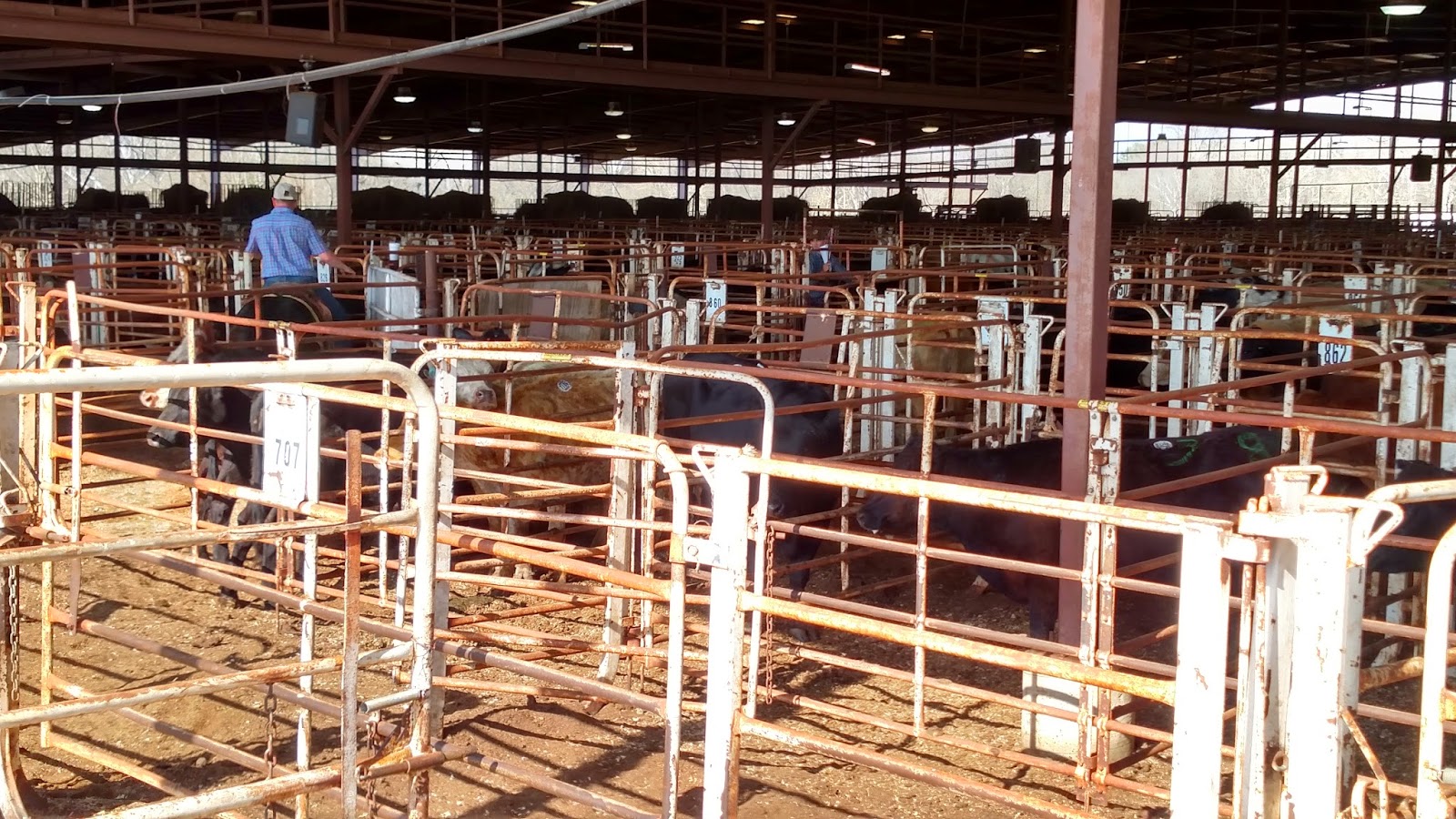 The new girl chillin' in the trailer. 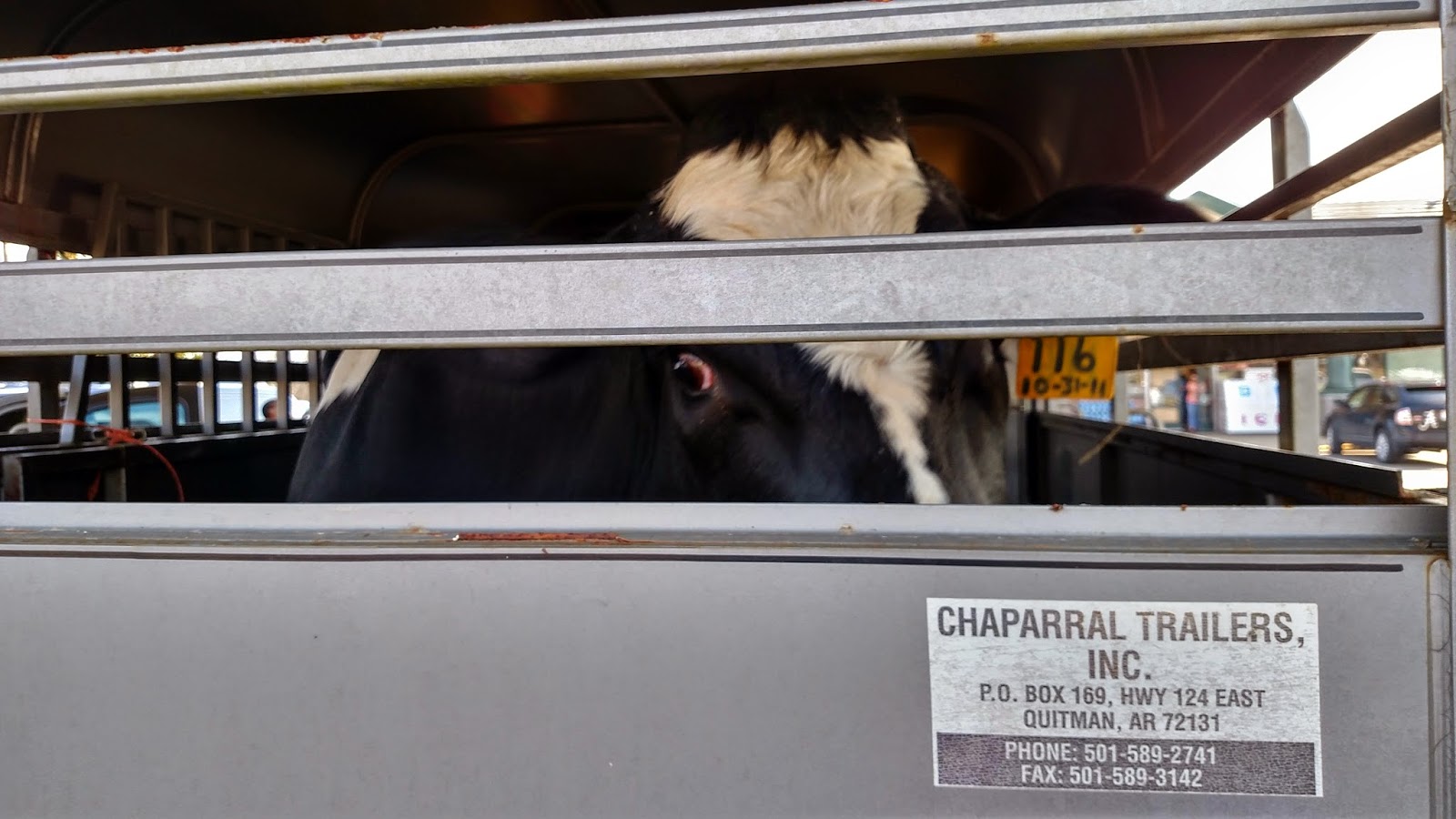 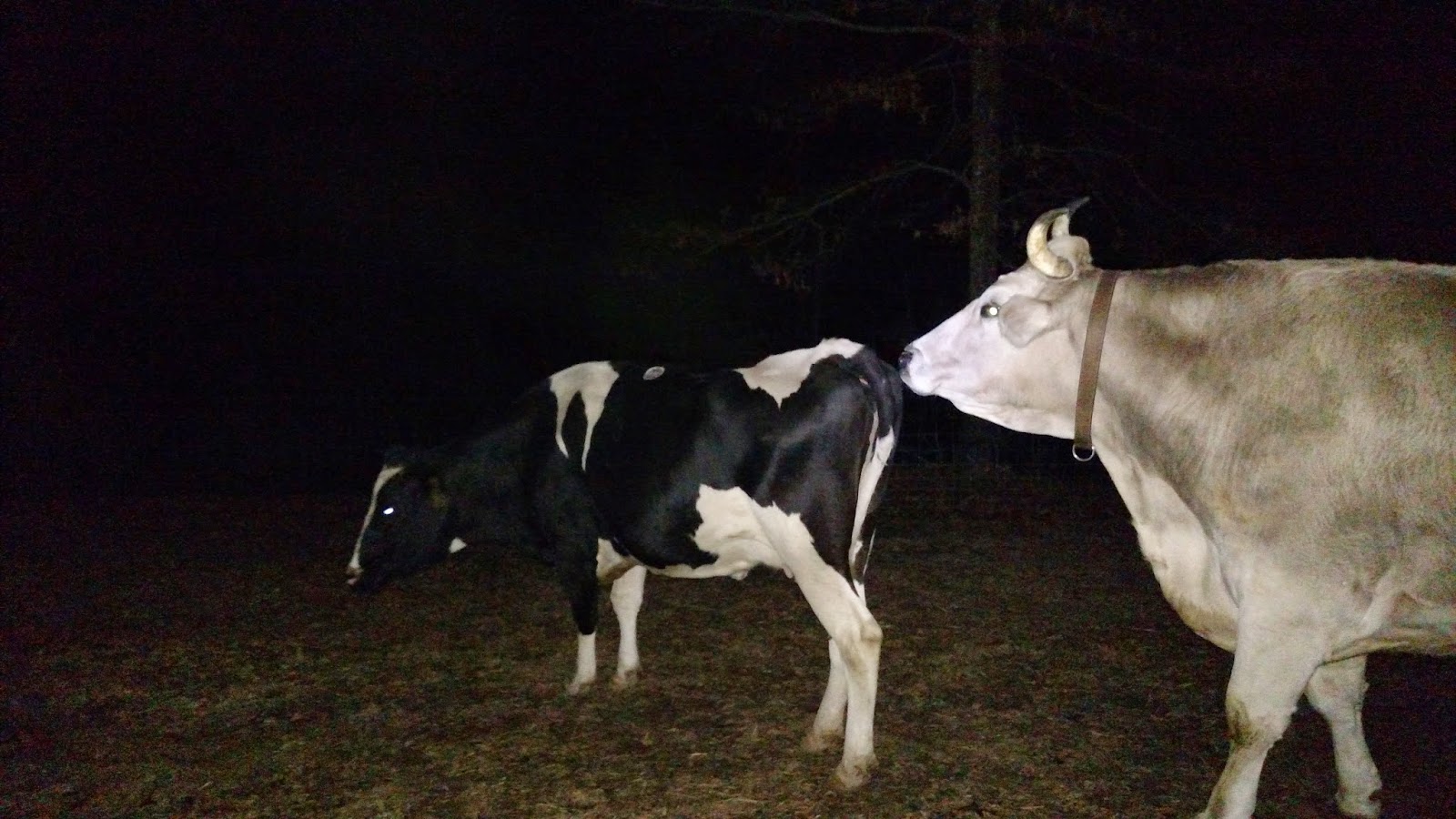 Will it work, or will Tommy shish kabob her with his horns?
On Wednesday morning we still have an intact Miss Daphne. 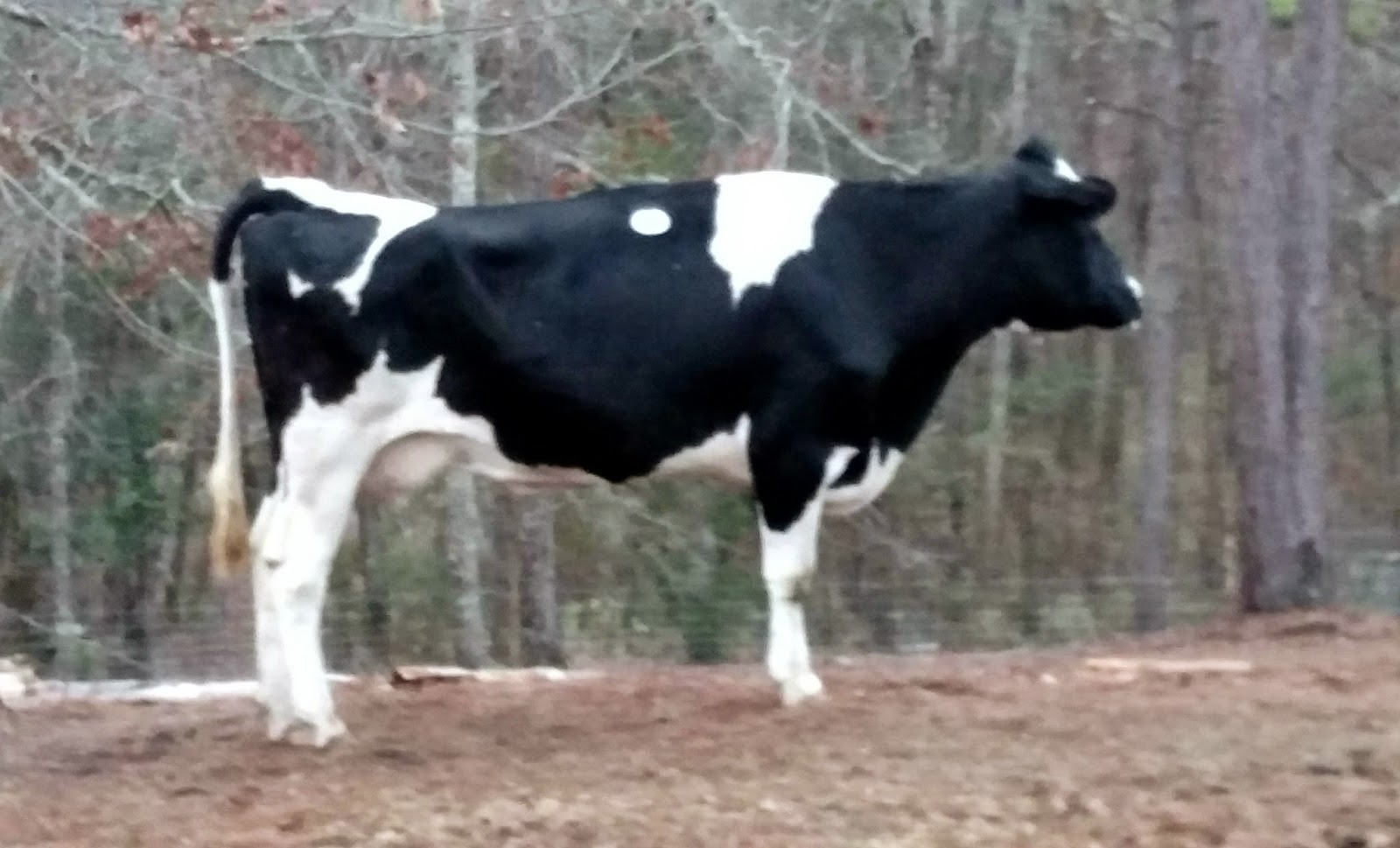 isn't she perfect?  Gorgeous conformation, nice disposition... we may be in the dairy business again... 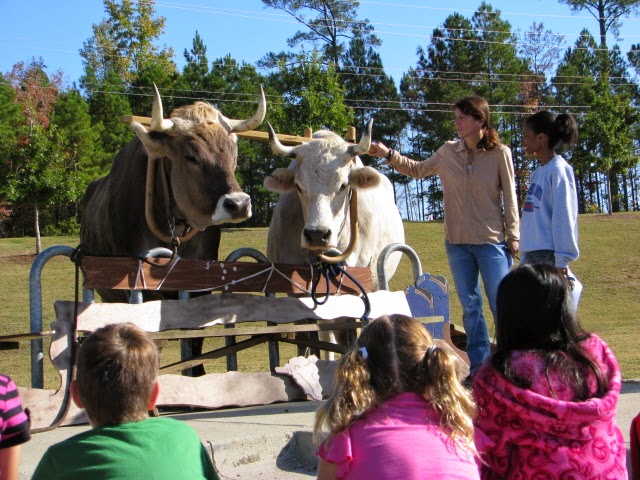 Can the ox size crater left in mine and Tommy's hearts be filled by one 1400 lb cow?  We hope so.

Posted by My Life According To Cole at 4:55 AM