What to do when you've been trying everything to get a laminitic pony sound for 2 years?  (Translation for sensible people who aren't afflicted with horses: this horse doesn't process his carbs well, so his feet swell within the hoof capsule and make it exquisitely painful to walk). 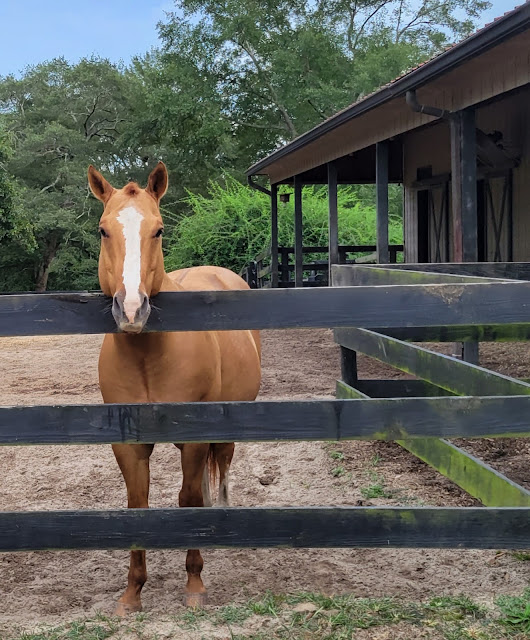 We've tried specialty aluminum shoes, grazing muzzles, restricted grazing, low starch diet, the vet school administered shots into his joints, orthopedic boots (with snazzy socks)... some worked for a while, some were as useful as a wet cardboard box.

This week, Dr. Taylor has gotten involved, she's an equine podiatry specialist from Auburn.  I've known her for years, worked for her family for a decade. 15 years ago she was the only one who tackled a crippled Clydesdale I'd rescued and that other vets recommended turning into Alpo. 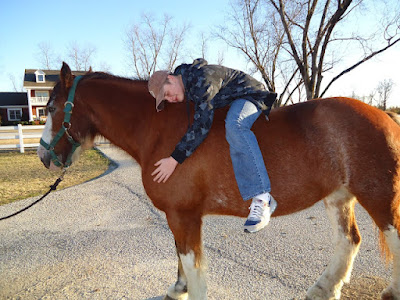 Bella lived a great life for many years.

All this to say when Dr. Taylor started to say: "What you're going to need to do....", I grabbed pen and paper.  It's her favorite saying, I've heard it many times before.

No grazing for at least 6 months.  Nothing with any sugars in it.  Small meals of timothy hay soaked 45 minutes to leach out carbs.  Sand under his feet at all times for cushioning.  Shelter from rain and the heat of the sun.  (There was more...a 30 minute conversation more!  I'd bore you to death with the rabbit hole we went down into the nitty gritty of equine nutrition and hoof anatomy)

All this and still maintain him in the herd, as another vet says: "emotion is the lotion".  A depressed, isolated herd animal won't thrive.

During the mornings, Blue hangs out in a large grass-less paddock with Titan.  In the afternoons, he has the paddock to himself because Titan has to go into his air conditioned stall to alleviate his advanced Cushing's symptoms  When the main herd returns from a day of grazing, we lock them all in the paddock for a few hours to force them to take a break from grazing, and to let Blue mingle with friends.  Around dusk, the two horses that have air conditioned stalls are released back to general population and they all head out to their respective evening pastures (they graze together during the day, but are separated into 3 smaller hers at night to prevent fighting)... except for Blue.  We didn't have a good place to keep him grass-less, yet still able to see his buddies and get nose to nose with them, whilst not mess up the current evening herd arrangement.

Until now.  Sunday, I grabbed concrete, posts and a new gate. 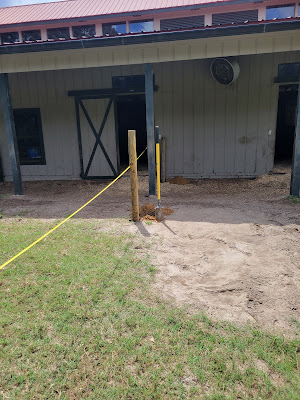 Gotta work fast, Hurricane Ida will be hitting us with outer bands by Monday night. 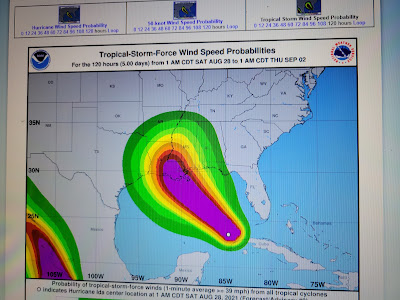 I don't know how many tons of concrete I've mixed by hand in my life.  The Boonies alone has over 3700 lbs of it that I mixed with water I had to hand truck up there and mix by myself (those posts and the barn I built out there are not going anywhere any time soon). 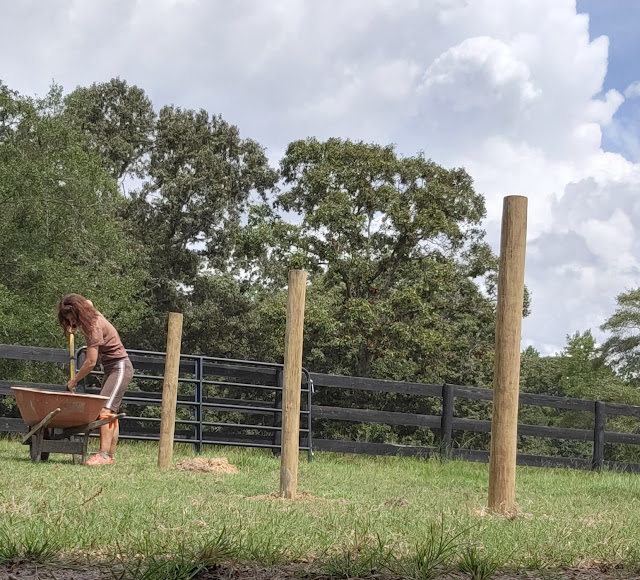 By 7 PM I surmised the concrete had cured enough for me to lightly affix some fence boards onto the posts.

BEFORE YA FREAK OUT, THIS IS TEMPORARY. I was running out of daylight within the hour.

Monday, when staff returns, we'll remove the panels, cut and level them.  Then mount the gate.
But, for Sunday night, the Blue is in his new evening paddock. 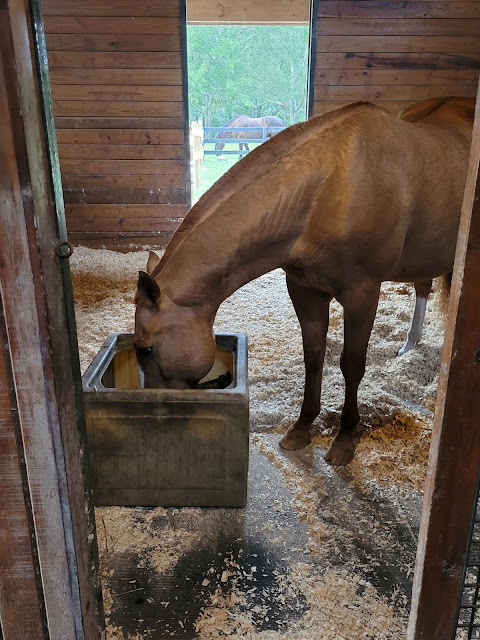 "Who loves ya, Little Buddy?"

Posted by My Life According To Cole at 9:05 PM

One More Exam to Go!

What a wild ride this year has been!  This Summer semester at both Auburn University and Columbus State University almost killed me.  In spite of Murphy's best attempts, I'm cruising towards the finish line.  Two exams down and three monstrous projects done... matter of fact.  It's almost 6 AM and I've been up all night working on the last one.  The video presentation of my data.

Data Analytics graduate level class...WHAT was I thinking?  I thought I was doomed, like extinct.  But this dinosaur sallied on and decided to give the millenials in class a taste of what a Tableau Specialist (yeah, passed the Industry qualification test this Winter) can do.

Seriously, Tableau is revolutionizing data visualization.  I'm more than a fan, I'm a groupie.  Long past are static, boring charts: Data in animation, that you can drill down and geek out on.  This was my first time recording a presentation.  I need practice.  But, it was fun.

Now for an hour sleep, a full day's work and one last exam tonight and I'm free... for 10 days before it starts up all over again!

Posted by My Life According To Cole at 3:08 AM

When asked: "What do you do at the farm?", I sent her 77 examples of farm happenings on Wednesday.

Lisa spent the entire weekend producing this video and she set it to my favorite music: Mongolian throat singing.

Posted by My Life According To Cole at 7:20 PM