The map of southern Utah is a crazy quilt of state and federal parks, BLM lands, national monuments and wildlife refuges. Too many to see in so short a time. 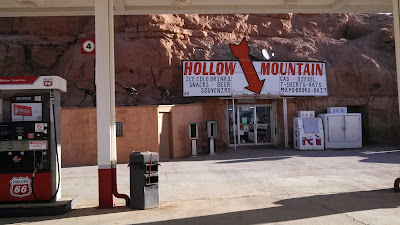 You never know what zany hole in the wall you'll find.  Check out this underground convenience store on Hwy 24 in Hanksville. 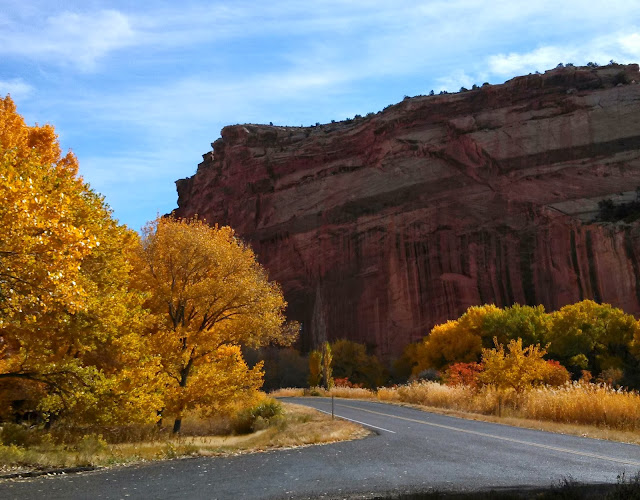 These rainbow colored sandstone reefs jut out of the canyon. 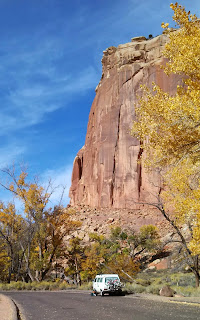 Here's a van for scale. 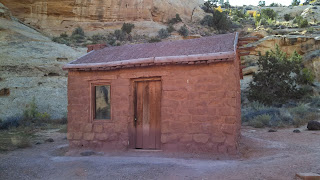 The canyon's first pioneers lived in this tiny, tiny house.  Ten children, ten.  Of course the house was too small, but they were resourceful.  The eldest boys slept in a cave, the eldest girls had a better situation, they got to sleep in the covered wagon. 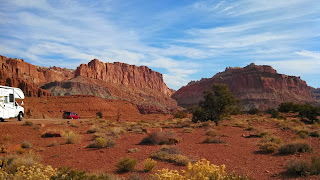 How on Earth did they have the courage to persevere in this hostile environment?  How did they even get here without rappelling equipment?  And what topsoil?  Without dynamite, how are you supposed to plow? 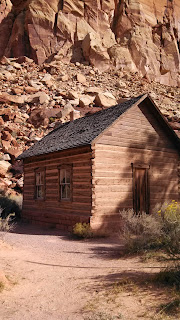 A successful settlement developed around fruit orchards, the apple trees survive today. The schoolhouse was built in the rubble field below a 1000' cliff. 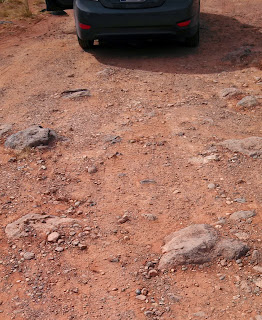 Teeth jarring ride, but I was on a mission.  I saw two hunters coming down from a mesa in the distance and I needed to know what they were hunting.  Curiosity killed the cat.
One hour later...my interrogation was over, I'd eaten up their offered farm-made cheese curds, drank their water and gotten the best advice on what to see, where to hunt and where to fly fish.
These two Utah guys were such characters! The one subconsciously groomed his long, white handlebar moustache like a cat, with a comb he flicked out of his pocket.  His buddy was the 69 year old better looking twin to Sam Elliott.  And, oh yeah, it was deer that they were tracking -- almost forgot.

This was the first sight they suggested: 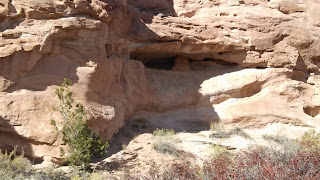 Can you see the ledge that is partially obstructed?  That's a 700 year old Puebloan granary.  To safeguard their corn and grains from moisture and rodents, they constructed block cellars and sealed them with mud...antique Tupperware. 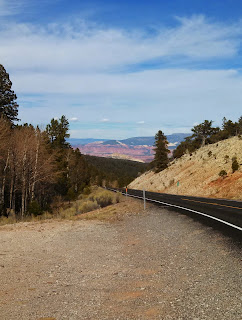 The beginning of the drive into Dixie National Forest.  Spectacular! 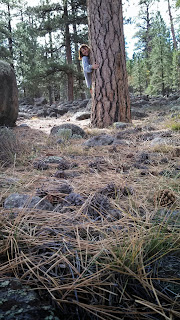 Certified tree hugger putting the moves on a Ponderosa pine.  The biodiversity in this forest is incredible.  In 80 miles, I traversed 7 different ecosystems, from desert floor to subalpine mountaintops. 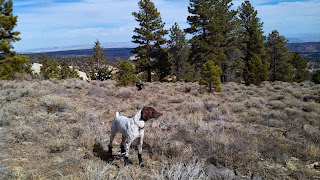 I stopped here and there to hike around, collect rocks, photograph lichen and stuff pine cones in my pack for future identification.  As Cole and I eat more of our two week supply of food, more space is freed up for rocks.  Just for clarify...I don't pick from archeological sites. At Chaco, I spied two different types of rock I'd never seen before and found them off-site down by an abandoned ranch. 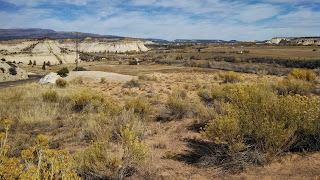 Further down the road, in the canyon, is the ranching town of Boulder.  Up until the mid 1980's, Route 12 wasn't paved, leaving the town cut off from the outside for up to 6 months at a time.
They still do things the old fashioned way.  I drove through a cattle roundup:  horses, herding dogs, snorting cattle.  I wanted to talk a picture but the cowboys seemed really annoyed to have me in the melee.  I satisfied myself by arriving at the chutes (made from logs) before the cattle. 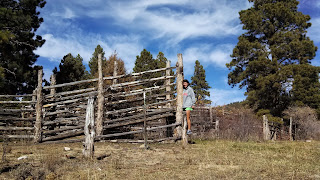 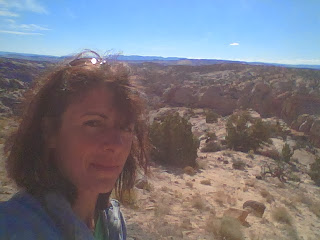 The road follows the narrow backbone of a high ridge.  One false move and you're tumbling down hundreds of feet.  No sissy guard rails here, they give you fair warning with a few signs and let natural selection take care of those texting while driving! 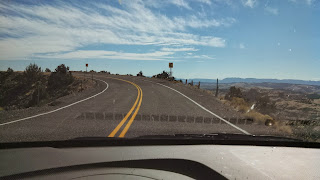 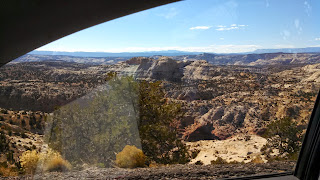 What shoulder of the road?
Last stop before dusk:  Kodachrome State Park, so named by a National Geographic expedition for its marvelous colors.
More dirt roads to navigate mean less visitors, pity for the parks' coffers, selfishly better for me. 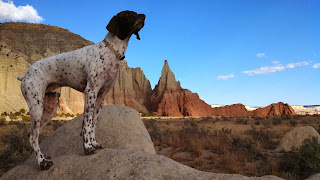 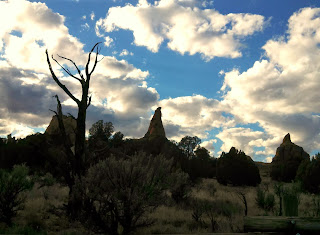 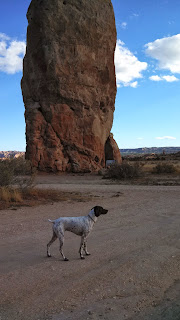 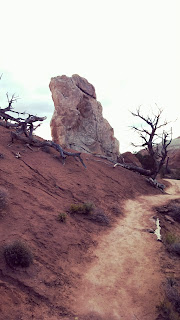 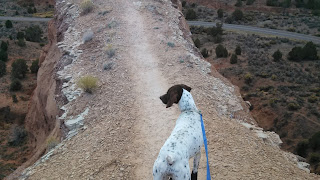 Not a trail for those suffering from vertigo, palpitations or clumsiness. 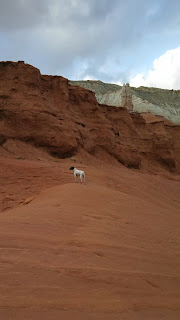 Not bad for one Sunday.
Posted by My Life According To Cole at 7:41 AM