Heading for the Hills

As much as I love the farm, it's been over a year since I've spent a night away (hospital stays post surgery last Fall don't count!).

Cole's trip to the NW last February was the last time I was able to unplug from here.
Somebody's about to go postal. Before the men with the straight jackets get here, I'm plotting my escape. 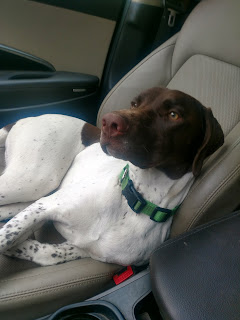 On Wednesday, we tentatively foray to a friend's lake house. 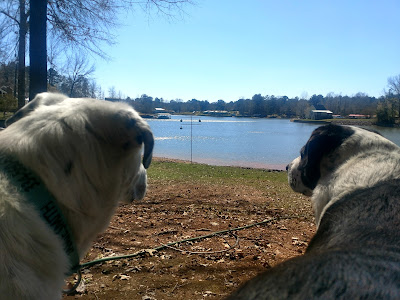 We're free!!!
Miss Katie greets me to her mom's home, but I feel strongly that my three Redneck guys need not be tangled up in leashes with a dignified, mature Sheltie.

Dawn takes us up Smith Mountain to the fire tower. 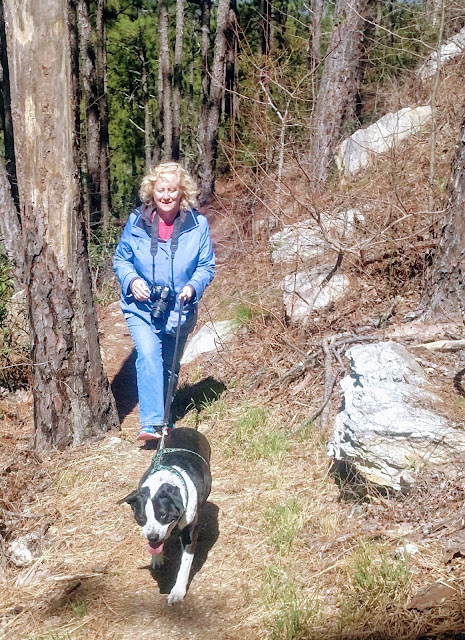 Dax is our valiant leader who truthfully knows not where he's going... 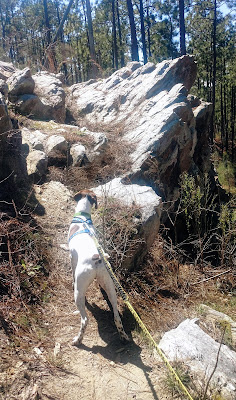 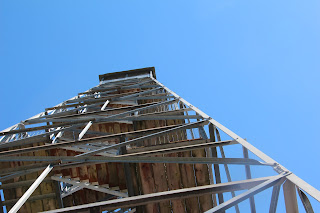 Through experiment, I discover that Dax is not fond of heights. 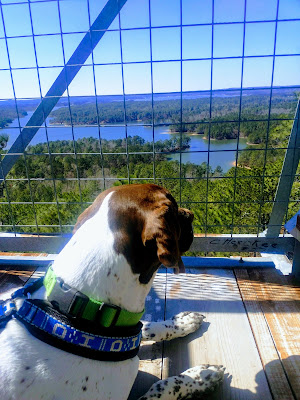 Peter is distraught that his puppy has left without him. 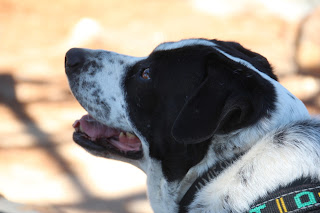 Garrett, apparently, is grateful to be on terra firma. 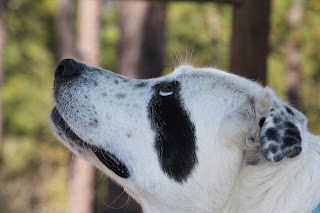 Dawn captures it all in Dax's eyes as I carry him down from the tower.

Dax is decidedly happiest on the trail. 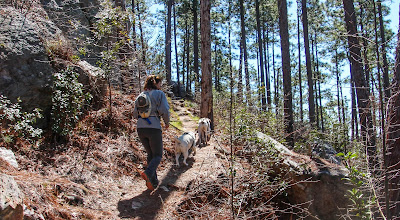 And what scenic trail it is up the mountain. 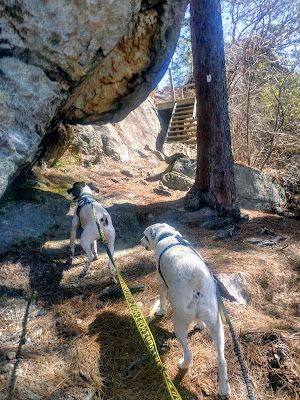 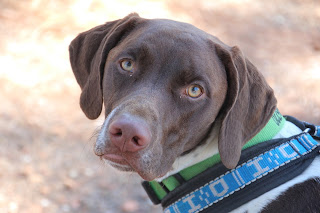 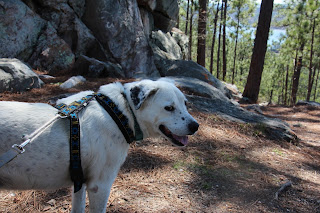 Water buffaloes at the watering hole. 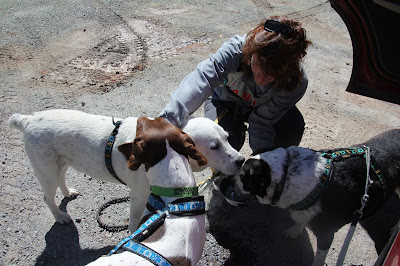 The apres- hike meal by the lakeside. 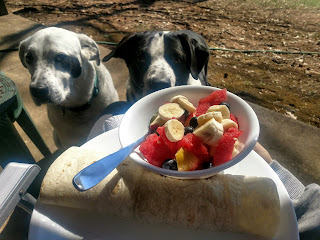 But not before Dax burns off a little more rocket fuel by playing in the lake. 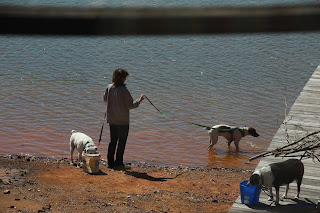 He can't help himself, his turbo is stuck in the on position. 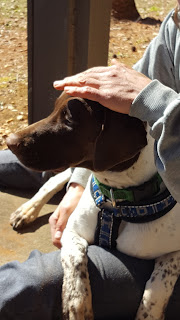 Greatest of thanks to Dawn for the escape, the food, the company and the dog rustling skills. Posted by My Life According To Cole at 9:30 AM