On Monday, my biannual teeth cleaning appointment was not ordinary.  My dentist, Dr. O'Brien, is always up on the newest technology. The usual method of cleaning with the mint pumice on a whirling stick has been replaced with a Prophy-Jet.  Imagine a water cannon full of water and baking soda.  Next new toy was a UV plaque scrapper that can go below the gum line.  Definitely more bracing, intense and effective than the old method. With the little camera that takes individual photos of each tooth, I was shown a molar that is just about toast.  No problem, we caught it before it got to the point where an extraction and a $4000 implant would be required. 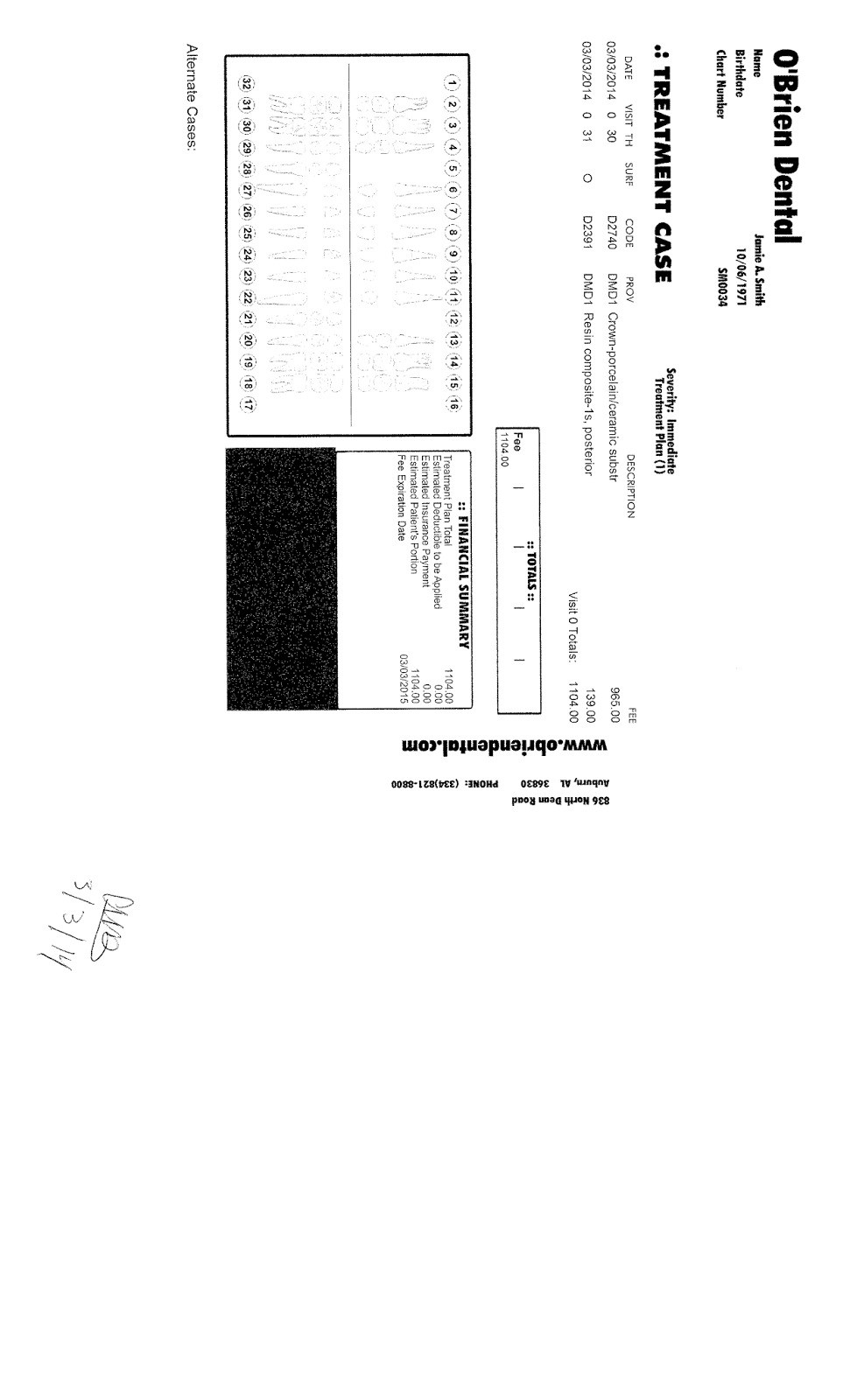 With an $1100 crown, will I become a princess?
Upon returning to work, I told my client the good news:  I only need a crown.  She then accused me of being a Pollyanna.
As soon as I got home, Merriam-Webster and I had a powwow.
Pollyanna: n. a person characterized by irrepressible optimism and a tendency to find the good in everything.
What a kind compliment. Much better than the dancing saloon girl I imagine good old Polly to be!
Since I had the truck out of my trailer enclosure, Tommy has taken to stepping over the log rails to enter into the enclosure simply to loaf around.  I think it's the cutest darn thing. 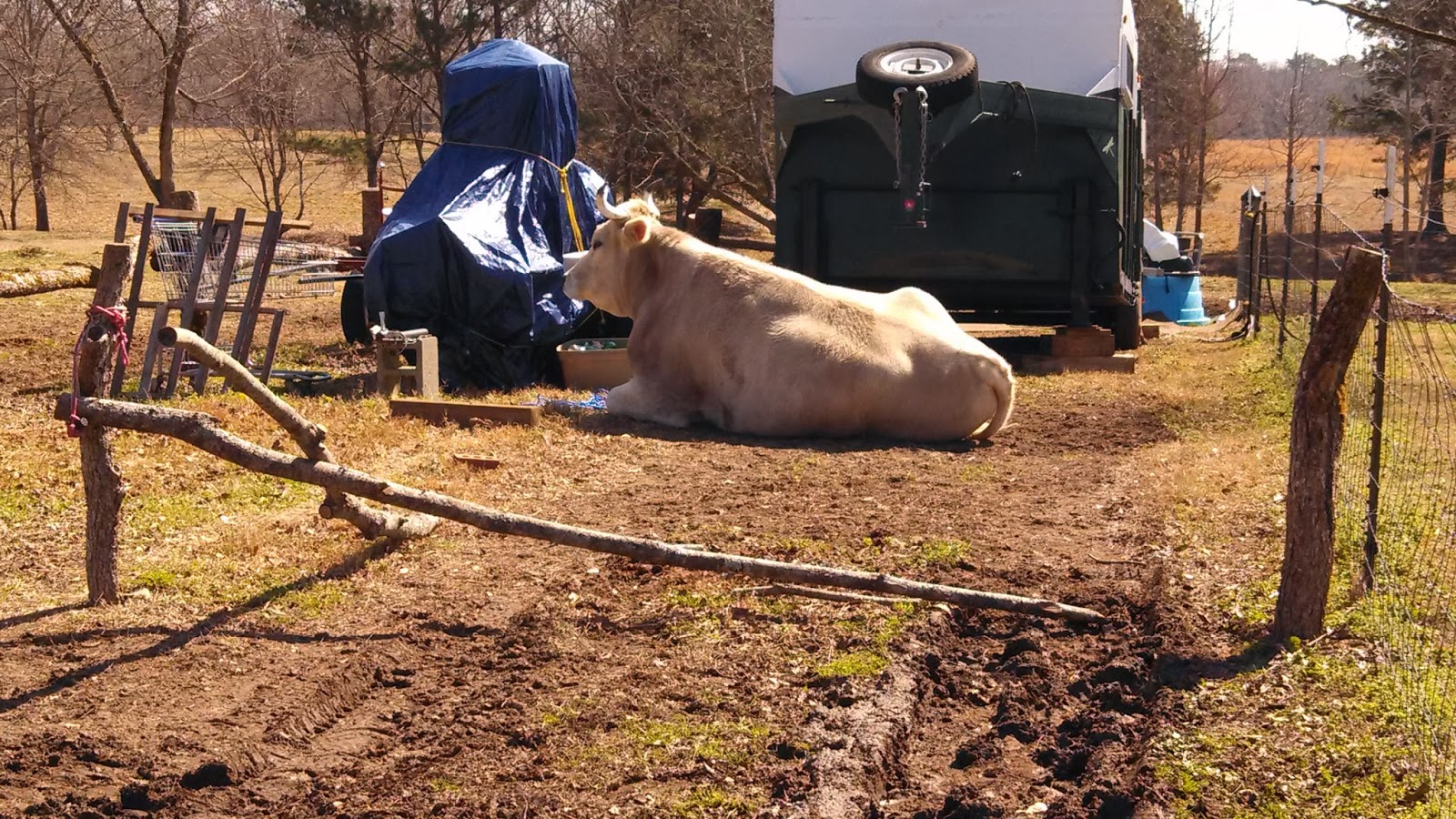 At our old place, he was always the first one back in his stall in the evenings.  Here he found himself a stall...adorable.  Not so adorable Mack couldn't figure out how to hop over the rails so he broke them.  Mensa material he is! 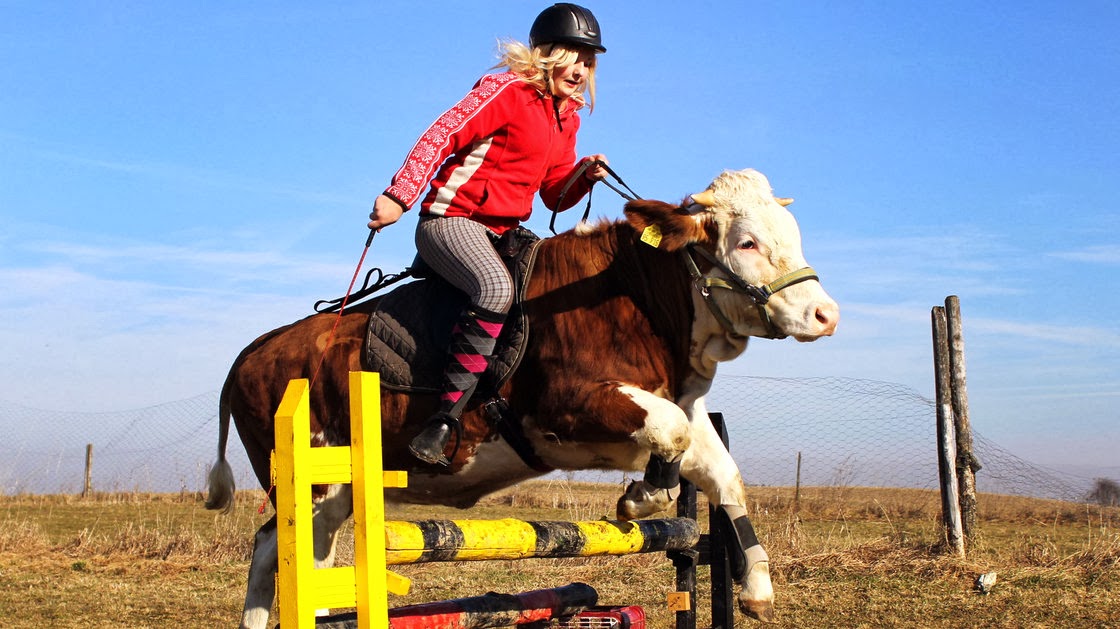 Tommy's hopping abilities have given me a terrible idea... imagine the idiocy of teaching a steer to jump fences.  It's actually a sport in Finland.
Instead of sneaking into her yard to graze on the topiaries at Francine's front door, as the goats do, Tommy could jump the fence.  That would certainly strain our friendship!
In lieu of joining the Marines and just getting it over with, I've been taking tactical shooting classes and the like for a couple of years.  Next:  self-defense classes.  My Practical Self Defense Tactics classes started Tuesday night.  It appears that I was the only one to sign up for that particular class because I was 'integrated' into the ongoing Brazilian Jiu-jitsu class.  I had no idea was BJJ was until Wiki told me when I got home.
I expected to be taught some moves to help me save my hide should I ever drop my gun.  And I fully expected to be rewarded after my 35 classes with the permission to beat the tar out of the instructor in a Michelin-man suit.  Oh so wrong.
No cutesy demonstrations, no mock attacks... I still had red marks around my neck two hours later and I have a couple scratch marks on my wrists.
Brazilian Jiu-jitsu is a hybrid martial art focused on allowing a participant to overpower his assailant mostly by grappling groundwork.  What have I gotten myself into?  I'm a runner, I want to land a powerful kick in the groin, maybe do a karate chop to a pressure point and run like stink.  Nah, that's for sissies apparently.  I want to grapple with a big guy and render him unconscious with one of my secret choke holds.  OK, I'm curious... 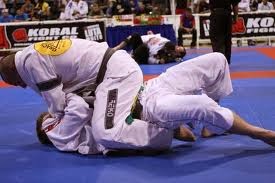 This is a Google picture, but it depicts a move I learned in class.  I felt so emboldened.  C'mon sit on me and just try to choke me now.
My bravado faded when the instructor started grappling with an advanced student. 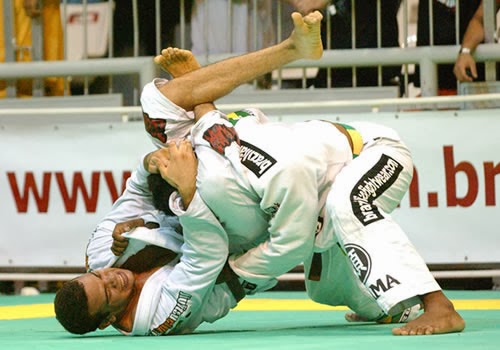 This is another Google picture, but this is essentially the Gordian knot tying I witnessed.
So, this class isn't at all what I imagined it to be, but I'm having fun anyway -- for every scratch and mark left on me, don't worry I'm reciprocating!
Plus, I must be prepared to protect my kid when we're out on the trails!  I can see myself trying the choke holds on a mountain lion... 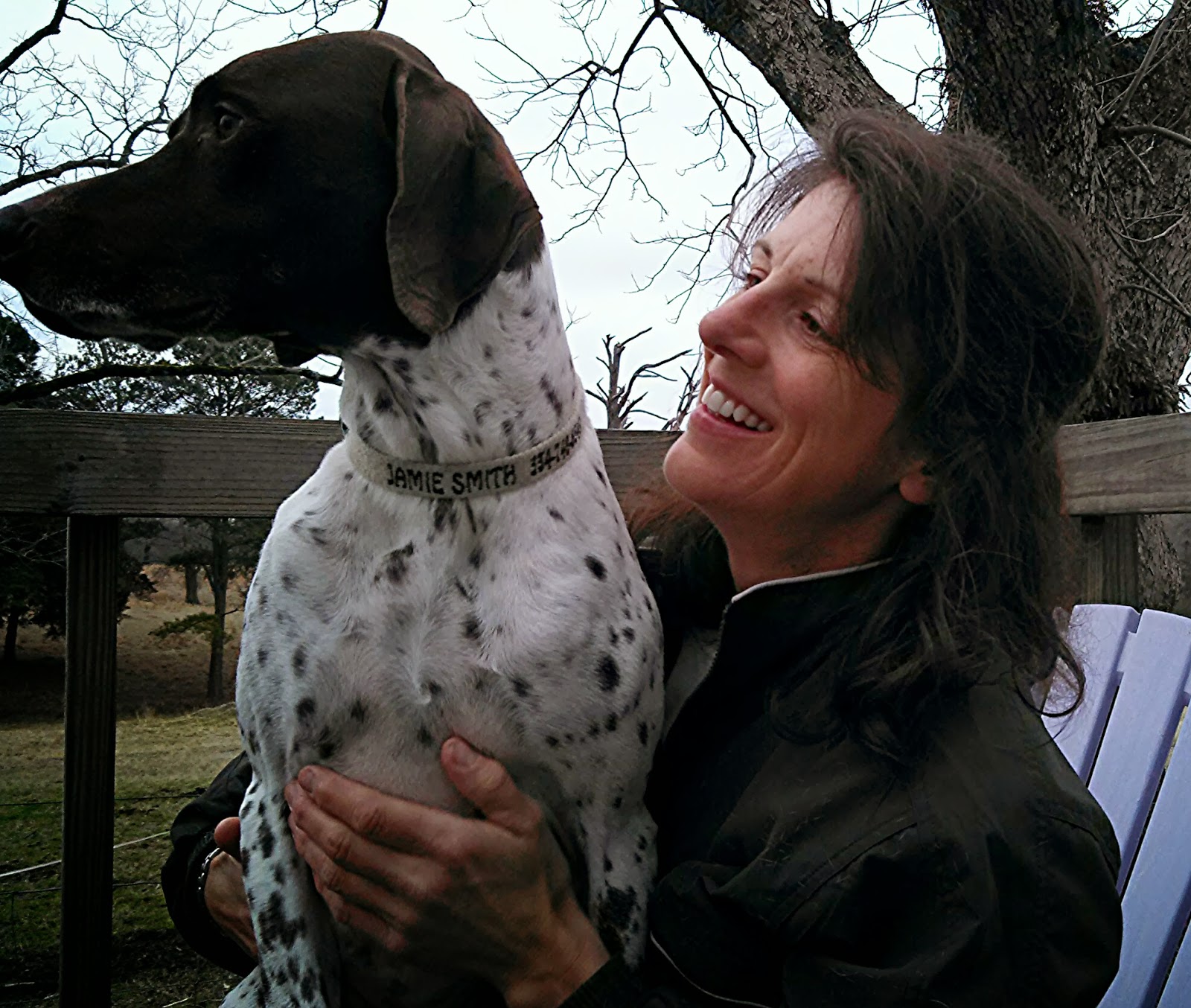 Polly and Cole, happily, on the back deck overlooking our herd. 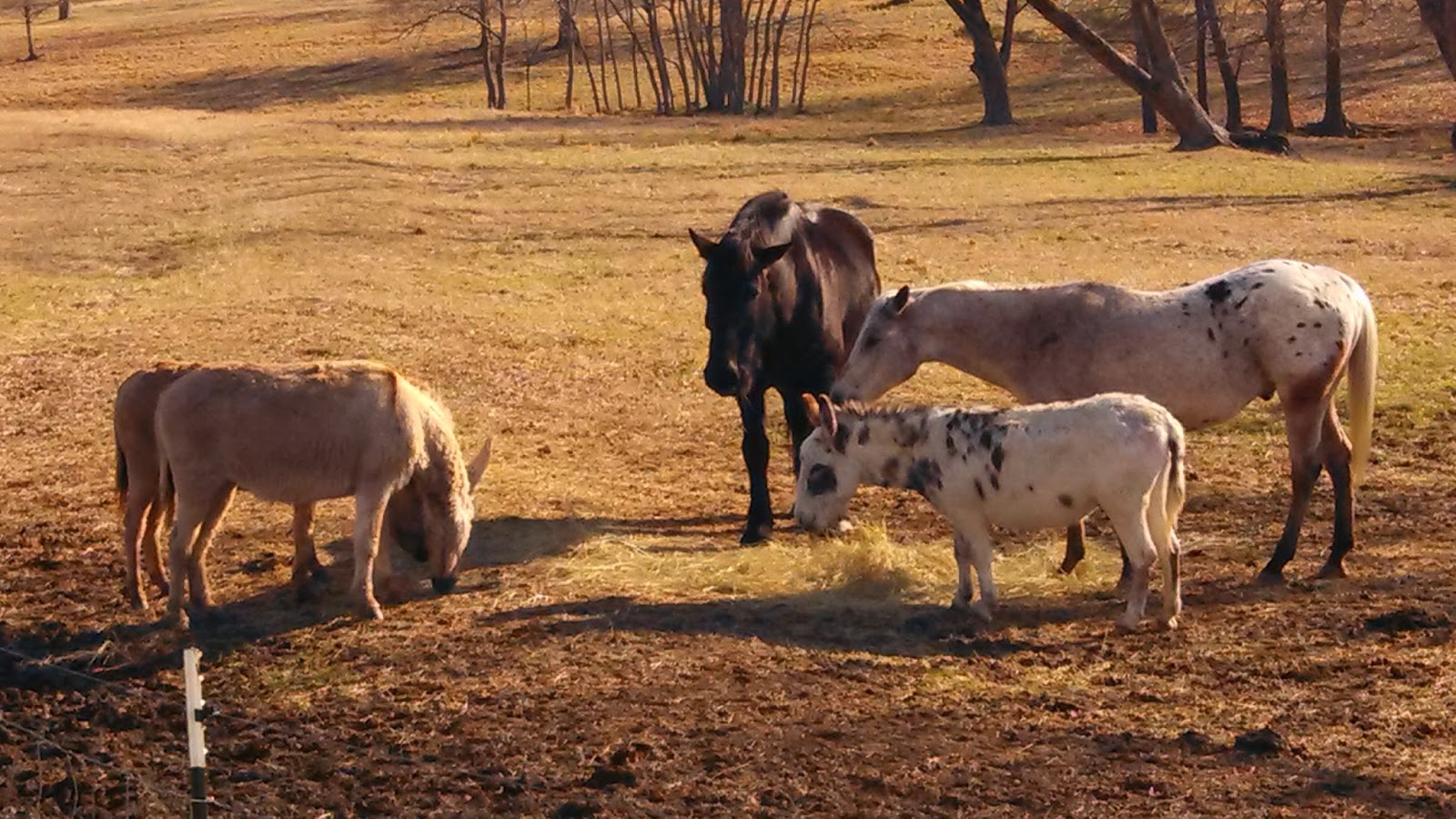 It's not what you can't do, it's what you can do -- Joshua Sweeney, member of the US Paralympic Sled Hockey Team.
﻿
Posted by My Life According To Cole at 5:38 AM